Hazardous Cargo is a horror game based on a spaceship where the player has to choose between thousands of lives or their own. The AI on the ship, C.A.R.O.L., has activated the self-destruction protocol, as the alien cargo has escaped and there is now a risk of accidentally unleashing this unknown creature onto Earth. C.A.R.O.L. has been programmed to protect human lives at all costs, and to it, your life is less valuable than the lives of everyone on Earth.

This was very creepy, the alien gave me quite a few jumpscares. It was a bit laggy for me simply because I was playing on a laptop, but I like the moral aspect of choosing to shut down to the AI and potentially risking the lives of people on Earth! I liked the ambience a lot, the AI voice reminded me of Portal which was cool.

I’m glad the Alien managed to scare you, thanks for your feedback!

Nice game! I'm glad that I didn't have to look for batteries to keep the flashlight going. Too many developers use that gimmick and it gets boring.

I’m happy you had fun playing, thanks for the video! It’s funny because I feel most of our feedback for both games we’ve released early builds of have been to add a battery system! It’s good to hear there’s mixed opinions on that

The Pros- This feels similar to your last game in that it's a "Find things within a maze" style game. However, the use of an actual voice/character PLUS adding an actual enemy that can legitimately kill me? Good to see you're escalating from the skeleton that was "Somewhere, Nowhere". (To be clear, I'm not using "Skeleton" in a negative sense, that game felt like a proof of concept in my eyes and it was structurally sound.)

I also like the fact the alien seems to be an original piece of work, and not a prebought asset, I always appreciate a game like that going the extra mile.  I also like their AI had a somewhat unique approach to it and it wasn't just a monster that floated through the map (Slenderman and his many knockoffs are a large example of such a trope).

The Cons- (I'm going to be light here, no use bashing someone who you're actually rooting for. Constructive Criticism Only)

I'm appreciative of a voice in my horror games, they always a certain flavor of professionality. However, I felt the sound design could  have been improved if we could hear "C.A.R.O.L" through out the whole ship instead of designated pockets. (An alternative idea could also be the use of subtitles that match her audio so we don't lose any important info as the players.)

This is also subjective, but I feel the flashlight may have benefitted from having a limited battery life. I'm the kind of guy who usually keeps his flashlight on in horror games unless there's some motivation to turn it off. (Hidden messages, battery life, etc). So basically all I needed to do was turn to the Alien and it would run away. You made good use of this tactic in the end, but I feel the challenge may have been improved if the player had consequences for keeping the flashlight on.

Overall: A nice step up in your progress of game design, you're clearly taking notes of our thoughts and trying to expand your knowledge and improve as games go on. I look forward to seeing your latest project.  (5.5/10...5 being average)

Thanks for playing another one of our games Pompous Productions!

Your feedback is incredibly helpful, so thank you very much for that! I’m glad to hear you had a more enjoyable experience in Hazardous Cargo than you did in Somewhere, Nowhere

Your advice is great, and definitely things we would bring into Hazardous Cargo, if we continue further development on this project :) 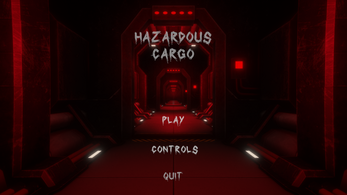 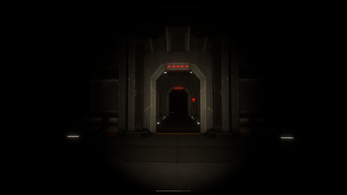 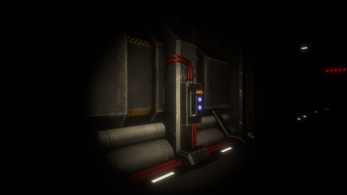